Kantianism and utilitarianism have different ways for determining whether an act we do is right or wrong. According to Kant, we should look at our maxims, or intentions, of the particular action. Kantians believe “human life is valuable because humans are the bearers of rational life” (O’Neill 414). In other words, humans are free rational beings capable of rational behavior and should not be used purely for the enjoyment or happiness of another. On the other hand, Utilitarians believe that we should do actions that produce the greatest amount of happiness. The problem with this, however, is that it could involve using people as mere means and may lead to the sacrifice of lives for the greater good. (O’Neill 413-415). Christopher Bennett expands on this point by stating that Utiliarians justify punishing an innocent party “if it is necessary to bring about a sufficiently important good effect” (Bennett 59). Additionally, promises, which are typically binding in our society, can be broken if it produces a greater good. This can be applied to any promise, including those made with loved ones. Utilitarianism sometimes involves the sacrifice of an individual’s happiness or life in order to promote the greatest amount of happiness and the least amount of misery (Bennett 71).
Josh,
I agree with you that neither utilitarianism nor Kantian ethics “works as a perfect ethical bible from which to act in all situations.” With that being said, however, I do not think that we will ever come across this “perfect ethical bible” because everyone has different values which are reflected in our morals. This is evidenced by the wide variety of moral theories that have been created. If we had this “perfect ethical bible,” what would be the point in analyzing all of these arguments made by philosophers? I believe that every theory has loopholes. I never stated that Kantian ethics is the “perfect ethical bible,” but I rather agreed with O’Neill’s argument that Kantianism is a stronger moral theory than utilitarianism.

5. What about non-human animals? [WEAK] According to Kant, we only have a duty to treat rational moral agents as ends, not animals. What about chimps that have a high percentage of our DNA structure? What about senile people or the comatose? Are these people things as opposed to ends in themselves, as “normal” people are, according to Kant? [This is weak because he could just update his view (if we showed him current animal research/abilities) and say that animals can be ends in themselves due to their reason; but, more importantly, this objection says nothing against the way in which Kant claims we should treat humans.]
5. Flexible and sensitive to circumstances (Act and Rule) : Utilitarianism does not rigidly label actions as absolutely right or wrong (though certain actions like lying will in general be wrong), and it allows flexibility and sensitivity to the circumstances surrounding an action. This makes it practical. Act Utilitarianism is sensitive to the situation, but Rule Utilitarianism can be as well, as long as one can provide a rule that maximizes happiness in general, which also applies to this situation. 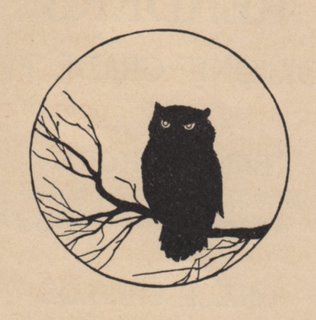 Kant describes certain maxims that were critical as guidelines for making ethical decisions. These principles were the product and reason and were namely duty, goodwill, and categorical imperative. Therefore, the will determining why an individual carries out a certain action cannot receive underestimation in deontology. He advanced his views to highlight that the only way in which an individual could exhibit good will was through taking action out of duty. In Kant’s definition, good will denotes the ability of human beings in taking decisions based on principles. Acting in fulfillment of duty refers to actions motivated by good will and not feelings, emotions or self-interest. Duty and good will are moral principles that complement each other. Kant also highlighted that actions motivated by duty exhibited moral worth. He placed emphasis on the need for actions to depict a sense of moral worth (49). Moreover, Kant explained the value of dignity towards human beings. He emphasized that it is critical for people to act in ways that exhibit the dignity for others.
Immanuel Kant described a deontological ethical philosophy titled as ‘Kantianism’. He made it evident that in his view, duty, good will, and moral worth were critical aspects in determining of the action taken. He opined that duty was the only reason that should motivate an ethical action (Abel 24). According to him, human beings are moral agents that should use reasoning while making ethical decisions. In his view, one could only settle on morally worth decisions when guided by goodwill and duty.