the caste system in hinduism

The system which divides Hindus into rigid hierarchical groups based on their karma (work) and dharma (the Hindi word for religion, but here it means duty) is generally accepted to be more than 3,000 years old.
In certain southern states and in the northern state of Bihar, many people began using just one name after social reform movements. Despite the changes though, caste identities remain strong, and last names are almost always indications of what caste a person belongs to.

However, what is deplorable is not the fact that these communities wish to preserve their practices, but the desire to perpetuate practices that were once built up on a sense of social prejudice and dominance. This sense can be conspicuous in modern times as discrimination over caste has been covert. Nevertheless, the pride of being part of a ‘superior’ caste is still drilled into many irrational minds. This is highly evident where I come from; no matter the level of education and economic wellness, there is still a certain fictitious pride in belonging to a superior caste. This feeling of pride is passed on to the succeeding generations through indoctrination, and the natural human tendency to feel superior aids the sustenance of such communities.
The election of Ramnath Kovind, the second person from a Scheduled Caste to be elected President of India, could have been considered as a huge step towards establishing a polity that is free from the tyranny of the caste system. His ascension spoke of how we could be ready as a democracy to turn into an India that does not consider caste when it comes to the treatment of its citizens. It pointed to a probability that we were indeed moulding a society devoid of social prejudice. However, the questions remain: Was it a true reflection of the absence of a social hierarchy? Can we conclude that the caste system is actually being obliterated?

Other religions have provided members of low-ranked castes with a further hope for escaping social hierarchies associated with Hindu practice. Sikhism has traditionally rejected caste, a position clearly emphasized in the gurdwaras, where access to sacred scripture, the Adi Granth, is granted without regard to caste and communal meals are served to all Sikhs. Nevertheless, some practices associated with the castes were retained. Islam also offered hope to low-ranked castes in Kerala from the 8th century onward and elsewhere in India from the 12th century, but some convert groups retained their original caste organization even after embracing Islam. Christianity exercised a similar force, serving for centuries as a magnet for disadvantaged Hindus, but to a large extent converts continue to identify themselves in terms of their original Hindu castes. In 1956 B.R. Ambedkar, the principal framer of the Indian constitution and a member of the scheduled Mahar caste, abandoned Hinduism for Buddhism, and millions of his lower-caste followers eventually also converted to Buddhism. Yet many Ambedkarite Dalits continue to venerate saints such as Kabir, Chokhamela, and Ravidas, who figure in the general lore of Hindu bhakti. Other Dalits, especially members of the Chamar caste (traditionally leather workers), have gone further, identifying themselves explicitly as Ravidasis, creating a scripture that features his poetry and building temples that house his image. Still other Dalit communities have claimed since the early 20th century that they represent India’s original religion (adi dharma), rejecting caste-coded Vedic beliefs and practices.
For many centuries certain Indian religious communities have been dedicated in whole or in part to the elimination of caste discrimination. Many have been guided by bhakti sentiments, including the Virashaivas, Sikhs, Kabir Panthis, Satnamis, and Ramnamis, all of whom bear a complicated relation to the greater Hindu fold. A major theme in bhakti poetry throughout India has been the ridicule of caste and the etiquette of ritual purity that relates to it. In North India this element is stronger among the bhakti poets who accept the concept of nirguna, which holds that brahman is to be characterized as without qualities, than among the poets who advocate the idea of saguna, which maintains that brahman possesses qualities. This tendency is not evident among bhakti poets of South India. 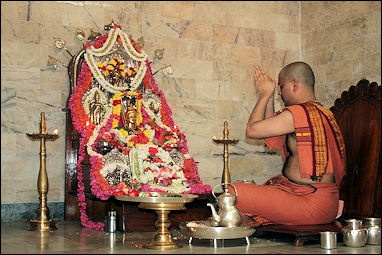 Wealth and educational opportunities are often determined by caste. In many places castes hold festivals in which they worship the tools of their trade. Women sometimes wear caste markers on their forehead.
The moon arose from his mind
from his eye was born the sun
from his mouth Indra and Agni
from his breath the wind was born.

Six weeks after the earthquake, Human Rights Watch visited the towns of Bhuj, Bhijouri, Khawda, Anjar, and Bhachau in Kutch, the state’s most devastated district. In all areas visited by Human Rights Watch, Dalits and Muslims lived separately from upper-caste Hindus. Several residents and survivors told us, “we are surviving the way we lived, that’s why we are in separate camps.”
Already years before, in 1975, the practice of selling “Buraku lists” had been exposed. Also compiled by investigative companies, these lists included information on the names and locations of Buraku households and were marketed to private companies for the purposes of screening job applicants and to families seeking to arrange and approve marriages. 63 Some claim that the lists were used to counter the Buraku rights movement, which successfully campaigned for a standard job application for high school students, and for the prohibition of the discriminatory use of family registers to be legally mandated. 64 Such lists were reported to be in circulation as recently as 1996. 65