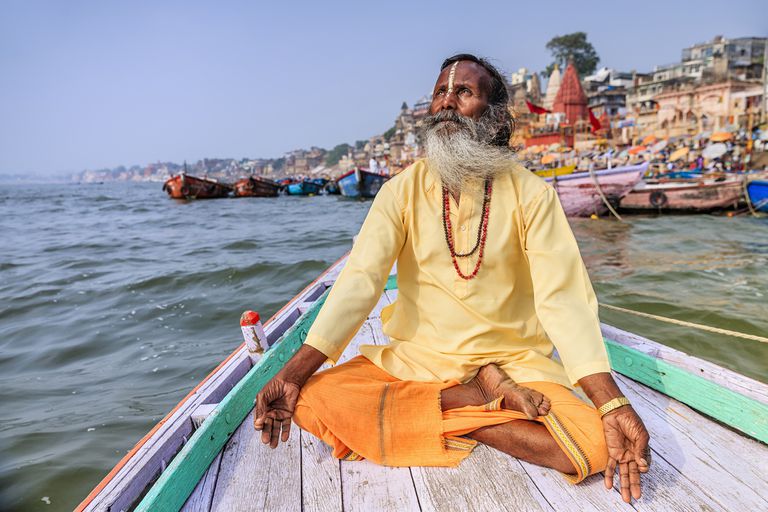 Practices associated with caste varied through time and across India, but all shared some common features. The three key areas of life historically dominated by caste were marriage, meals, and religious worship.
However, many Indian customs concerning the lower castes seemed discriminatory to the British, so these were outlawed. During the 1930s and 1940s, the British government made laws to protect the “Scheduled castes,” untouchables and low-caste people.

Both are prosperous and politically dominant communities, but they support their demand for caste quotas by saying large numbers in their communities are poor and suffering.
In recent decades, with the spread of secular education and growing urbanisation, the influence of caste has somewhat declined, especially in cities where different castes live side-by-side and inter-caste marriages are becoming more common.

The key constructors and defenders of the caste system, the Brahmins, claimed that the presence of an organized caste system, with its elaborate rules and required caste duty (dharma), prevented society from degenerating into chaos. The Brahmins thus devised rules for each caste (varna) in accordance with the four stages (ashramas) in the life of a man (the Vedic society was patriarchal): celibate student, married householder, retired forest dweller, and the ascetic stage. This whole system was called varnashrama dharma— the duties of each caste in the four stages of a man’s life. In the first stage, a boy receives his education by studying under a guru, and in the second stage he marries and has children. In the third stage, he retires with his wife to the forest after handing over the responsibility of the household to his oldest son. In the final stage he sends his wife home to their son and renounces all contact with the society by becoming an ascetic, and attempting to pursue moksha with greater intention. Among the four stages of the ashramas, most people only completed the first three. Retired couples usually stayed with their oldest son, and very rarely did a man become an ascetic in his old age. Basically, the concept of the four ashramas sought to synthesize the necessity of order in society and the spiritual liberation (moksha) of the individual.
The traditional caste system consists of a hierarchy of four castes (varnas): Brahmins (priests and teachers), Kshatriyas (rulers and warriors), Vaishyas (merchants and cultivators), and Shudras (servants). The non-Aryans who were incorporated into the Aryan society belonged to the Shudra caste. Those who were rejected on the grounds of ritual impurity were treated as and called Untouchables because members of the four castes did not associate with them. With the expansion and spread of the Hindu worldview throughout India, the division, hierarchy, and names of the traditional castes were not maintained, with the exception of the Brahmins, who claimed and were acknowledged as possessing a degree of ritual purity that retained their superiority above the other castes. The word dharma is central to Hindu belief. Hindus often refer to their religion as Hindu Dharma, basically stating that Hinduism is a way of life rather than a religion. Moving toward change
As a result, some Dalits have made it to leading positions, such as BR Ambedkar, who wrote the Indian constitution, and KR Narayanan, who was elected president in 1997.

Another means of rejecting the social order, which forms the background for significant portions of Hindu belief and practice, is renunciation (self-denial and asceticism). The rituals of sannyasa, which serve as a gateway to a life of religious discipline, often mimic death rituals, signifying the renouncer’s understanding that he (or, less typically, she) no longer occupies a place in family or society. Other rituals serve to induct the initiate into a new family—the alternative family provided by a celibate religious order, usually focused on a guru. In principle this family should not be structured along the lines of caste, and the initiate should pledge to renounce dietary restrictions. In practice, however, some dietary restrictions remain in India’s most influential renunciant communities (though not in all), and some renunciant orders are closely paired with specific communities of householders. This follows a pattern that is loosely present everywhere. Householders and renunciants offer each other mutual benefits, with the former dispensing material substance to the theoretically propertyless holy men and women while the latter dispense religious merit and spiritual guidance in return. Such an enactment of the values of dharma and moksha is symbiotic to be sure, but that does not serve to domesticate renunciants entirely. Their existence questions the ultimacy of anything tied to caste, hierarchy, and bodily well-being.
Hindus are free to join a religious order and must submit to its rites and way of living after joining it. The initiation ( diksha), a rite of purification or consecration involving the transformation of the aspirant’s personality, is regarded as a complement to, or even a substitute for, the previous initiation ceremony (the upanayana that all twice-born Hindus undergo at adolescence), which it strikingly resembles. Such religious groups integrate ancient, widespread ideas and customs of initiation into the framework of either the Vaishnava or Shaiva patterns of Hinduism.